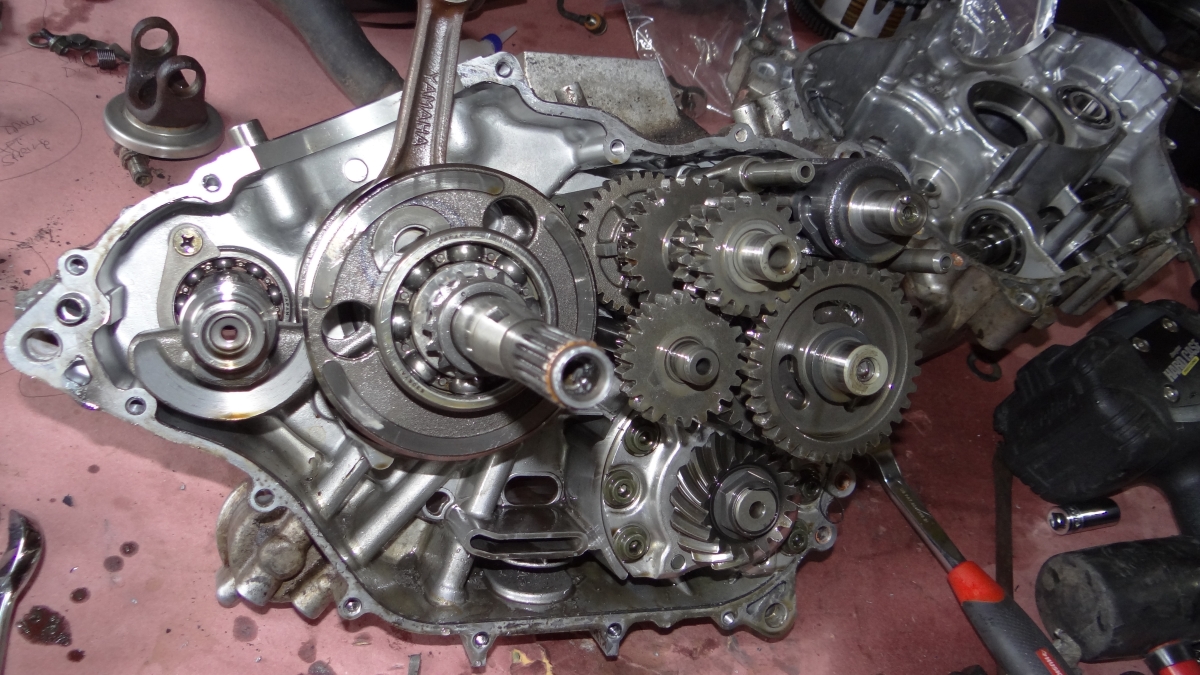 Today I reached a milestone with the ’99 Yamaha Big Bear engine rebuild – the engine crankcase is now split.  If all goes as planned, I should begin the reassembly of the engine next weekend.  The crankcase was very difficult to split, refusing to separate at all – until I realized that buried deep within the upper part of the engine were 3 screws still holding the halves together.  I swear I looked closely at both sides many times, looking for screws, but I obviously missed these.  When these 3 screws were removed, the engine opened up easily.

I found a few more large pieces of aluminum in the crankcase, so I was concerned that there would be damaged transmission gear teeth.  I inspected every gear and they appear to be in good condition.  I’ll remove each gear and shaft to thoroughly clean them prior to reassembly, to ensure that any bits of ground-up metal are removed.  I also need to flush the tiny oil galleys in the engine casting for the same reason.

There will be the usual housekeeping prior to reassembly.  I need to remove the old gasket material and thoroughly clean everything, which takes some time.  I also need to replenish my supply of Loctite, since my tube is almost empty and many screws on this engine use a thread adhesive.  Stay tuned to this channel for updates – hopefully the engine reassembly will begin next weekend.

One Comment on “Update: ’99 Yamaha Big Bear Crankcase is Split”