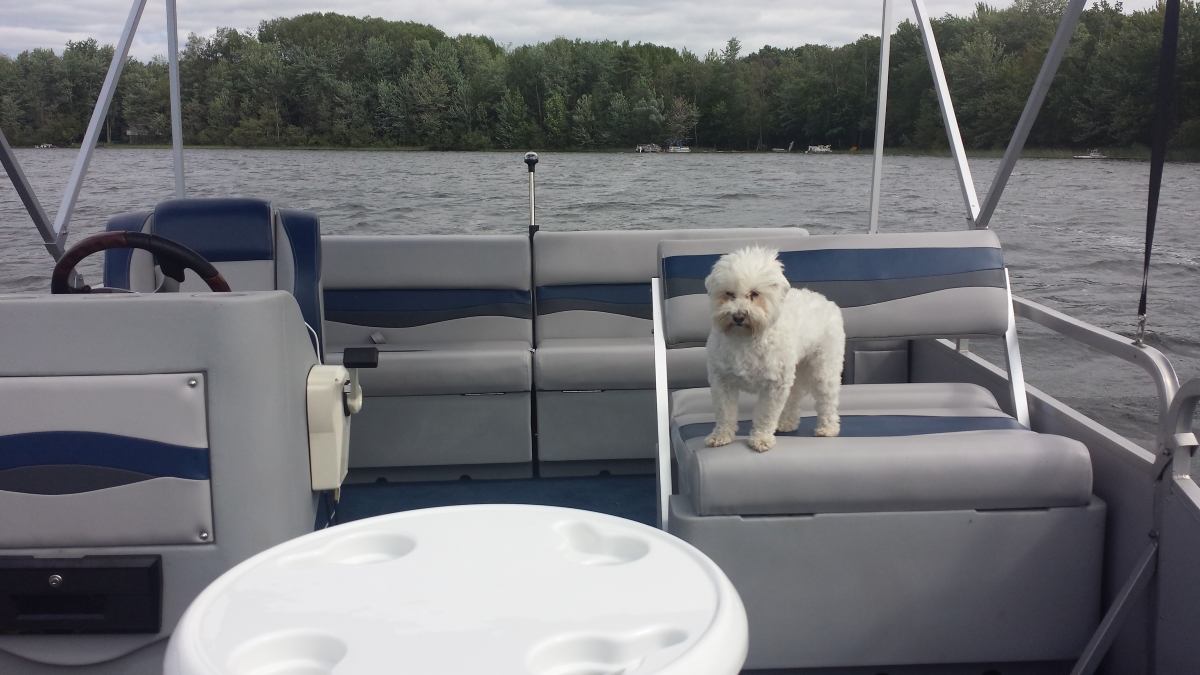 On July 7 the ol’ pontoon boat was launched on a choppy Thayer Lake for its maiden voyage following the rebuild project.  The engine and electrical system worked flawlessly, although one issue surfaced almost immediately.  While backing away from shore, I quickly realized that the steering cable was connected backwards, making it very awkward to drive.  At the dock I was able to correct the problem quickly, after which Enzo and I took the boat for a ride around the lake.

The boat handled well, and the steering and shifting mechanisms work smoother than before.  The new interior looks great and provides plenty of seating.  It’s not a new boat, but it looks better now, and if all goes as planned, it should serve us well for many years.