Still a day away from the main tour of Rome, where we’ll tour the Colosseum and many other sites, we spent Tuesday touring The Vatican, St. Peter’s Basilica, the Sistine Chapel, the San Sebastian Catacombs, and drove on the Appian Way road.

The Vatican was impressive, with fortress-like walls separating it from Rome.  Once inside, we learned of the history of Vatican City and the Sistine Chapel.  Michaelangelo’s work, along with art from many of the best artists from Florence, was striking and inspiring.  The years of work that went into the paintings, frescos, tapestries and sculptures was difficult to comprehend.  Photography was prohibited in the chapel but a picture or two may have accidentally been taken.  Talking was also prohibited in the Sistine Chapel, and even whispers were greeted with a “shhhhh” from the guards.

St. Peter’s Basilica was even more massive and impressive.  The sheer size of the church was mind blowing – you could play a football game in there.  The arches, domes and detailed mosaics are hard to describe and stunningly beautiful.

We later toured the San Sebastian Catacombs, one of over 60 underground burial sites with an incredible history.  The church above the catacomb was impressive as well, with ornate painting and architecture everywhere.

The catacombs were along the Appian Way, one of the world’s oldest and longest roads which played a key role in Roman military strategy and battles.  Parts of the original paving are still in use some 1800 years later.

Tomorrow we see the Coliseum and more of ancient Rome.  Should be awe inspiring. 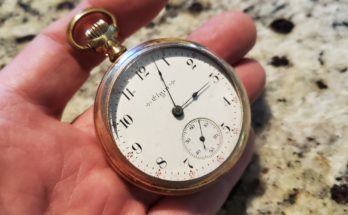