On Monday we moved Nicki and Nate to their new home in New Tazewell, TN.  We left Michigan early in the morning, stopping at Nate’s parent’s house near Cincinnati to pick up his furnishings.  We arrived at the house around 6:30 PM and unloaded the truck that evening.

We spent most of Tuesday setting up furniture and unpacking boxes before finishing the evening at Norris Lake, where Nate’s parents rented a beautiful cabin barely a half mile away.  Before returning the rental truck, I managed to get it stuck in the ditch across from the house, blocking traffic for at least an hour.  There was no damage, though.

Nicki’s road is a scenic route that twists and turns around the mountains, lakes and rivers for miles, easily the most beautiful scenery I’ve seen on a motorcycle.  I’ll take more motorbike rides around the area this week.

As you can see in the pictures below, Nicki and Nate are really “roughing it”. 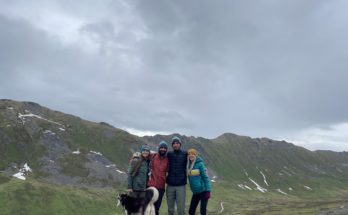 Nicki and Anthony in Alaska

4 Comments on “Moving Nicki to Tennessee”