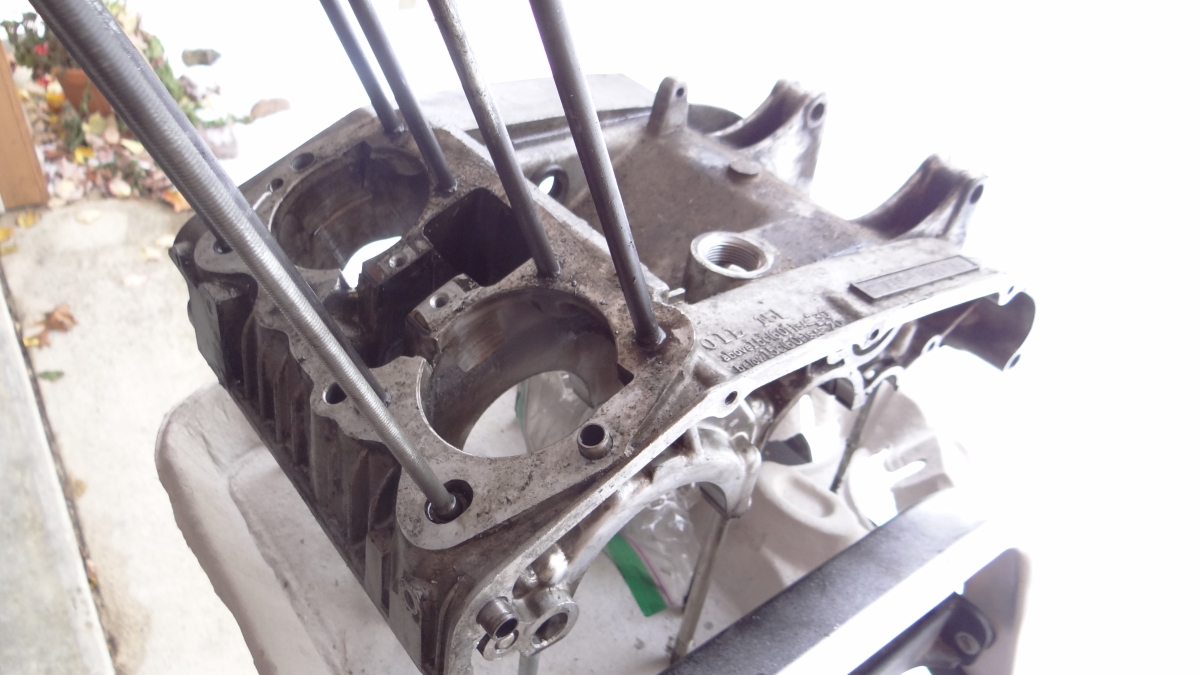 With the Dnepr project finally behind me, I’ve turned my attention to the 1966 Honda CL77 Scrambler restoration.  The bike has been disassembled for a several months, but the engine had yet to be taken apart.  These 305 cc engines were reliable and strong, but still had their known weak points and failure modes, so I wanted to make sure everything was solid.

It took about 2 hours to take the engine apart.  Like other Japanese motorcycle engines of the era, there were quite a few Phillips screws used to assemble the engine.  Roughly half of these screws loosened with the hand-held impact screwdriver, but the other half turned to mush and required drilling.  This means I’ll need to extract the remnants of those screws before the engine goes back together.  Although I’m aiming for an authentic restoration with this project, I will not be using Phillips screws when the engine goes back together.  These will be replaced with Allen-socket button head screws.

These engines were known to wear out the kick-start bushings, so I’ll press in new bronze bushings.  The transmission gears were in excellent condition, including the engagement “dogs”, of which none showed any signs of rounding.  I haven’t taken any measurements of the transmission shaft bushings, but I’ll replace anything out of spec.

One small surprise was a hairline crack in the upper engine case.  Oddly, the crack is only visible from the inside of the upper crankcase, not from the outside.  I have a spare upper engine crankcase that I could use as a replacement if necessary.  I had intended on retaining the original upper case to preserve the relationship between the frame serial number and the engine serial number, but I may have to use the spare upper crankcase anyway.  The lower crankcase will not be reused, as the lower right casting was broken away and missing.  The replacement lower crankcase is in good condition and all sections are intact.

The most difficult parts to get are replacement chains, and inside this engine, there are a bunch.  The centrifugal oil filter is driven by a tiny chain.  The overhead camshaft is chain-driven, and the engine’s primary chain, which connects the crankshaft to the clutch and transmission, is a noted weak point, good for roughly 10,000 miles.  This bike has 19,000 miles on it.  I’ll have to do some research on replacement chains, and take measurements of the existing chains to determine their condition.  The primary chain tensioner wheel is aged and the rubber is cracking, so that can’t be reused.  Same with the camshaft chain tensioner.  I’ll look for aftermarket options and do some research.

During this Winter I’ll continue to work on the engine.  I have some parts to hunt down.  I’d like to be reassembling the Scrambler in the Spring of 2018, so I have to get busy!