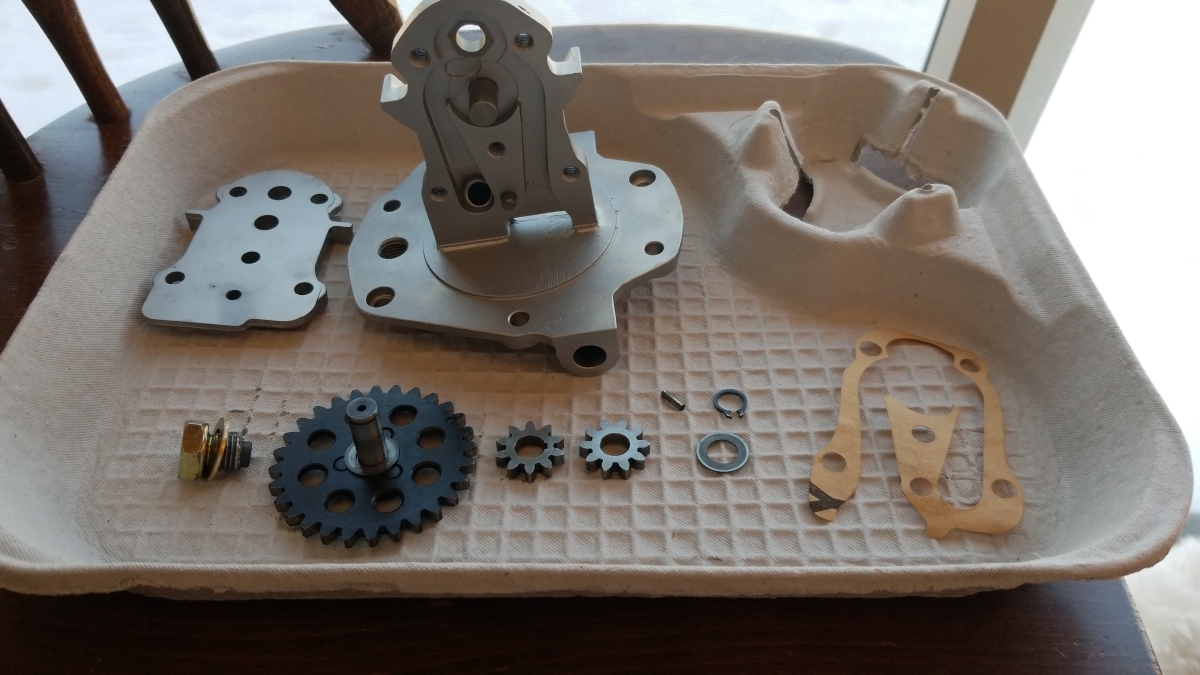 It’s April 21 and there’s still 8 inches of snow outside, so it’s a good time for an indoor mini-project.  I’ve had very little free time lately, but I did manage to reassemble the Scrambler’s oil pump today.  The pump body was previously cleaned, along with the other major engine pieces, by a vapor honing service.  This is a low-pressure gear-type oil pump that produces a few pounds of pressure at most.

I used a graphite-moly engine assembly lube during reassembly.  It only took about 10 minutes to reassemble.  This oil pump body also contains the oil drain bolt.  The original drain bolt was previously chewed up by earlier owners that apparently had only a pliers in the tool box.  I replaced this with a new zinc chromate plated magnetic drain plug.

I will soon be reassembling the engine.  I have ordered the M16 1.5 pitch bolt I need to remove the alternator rotor from the crankshaft, after which I can remove the old seal and re-lubricate the bearings before reassembly.