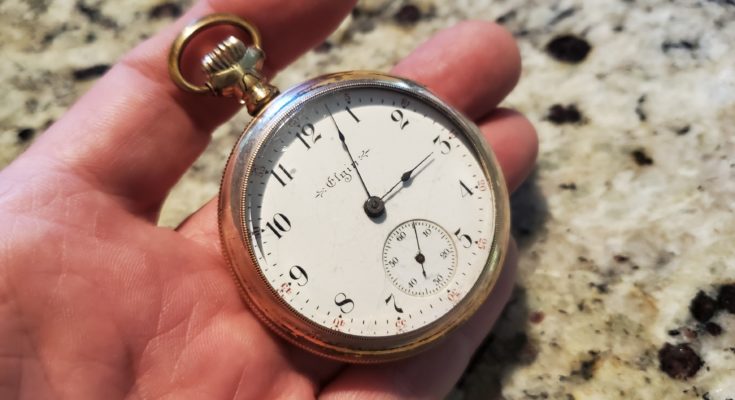 After 5 months of anticipation, our family’s 1904 Elgin pocket watch has been cleaned and serviced. This watch belonged to my great-grandfather Amandus Wurm, who was born on July 12, 1875, in Detroit. He would have been 29 years old when this watch was made. Theodore Roosevelt was president at the time, and would be elected to a second term later in 1904. I’m told that Amandus regularly used the watch until his death on January 22, 1957.

This Elgin watch was a basic model, with a 7-jewel movement. This model was made from 1903 to 1928, with a total of 531,800 produced at the Elgin factory in Elgin, Illinois, about 35 miles northwest of Chicago. When I first opened the back of the watch, it was clear that it had been serviced several times prior, with each watchmaker leaving an engraved etching inside. When I got the watch, the crown or “winder” was missing, but the watchmaker found a suitable replacement. Aside from the missing crown, the watch needed no other parts. It received a thorough cleaning, and each part was appropriately lubricated as it was reassembled. The crystal was polished to remove scratches. He also ran the watch for several weeks with the watch in different positions to ensure that it kept a reasonably accurate time.

I will order a chain for the watch, in addition to a display stand. The watch will only get occasional use, possibly at formal events such as a wedding. I’m sure that my great-grandfather Amandus would be pleased to know that his watch was still in the family, and working again, 117 years after he first received it. 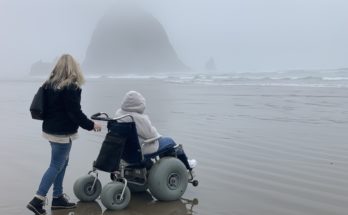