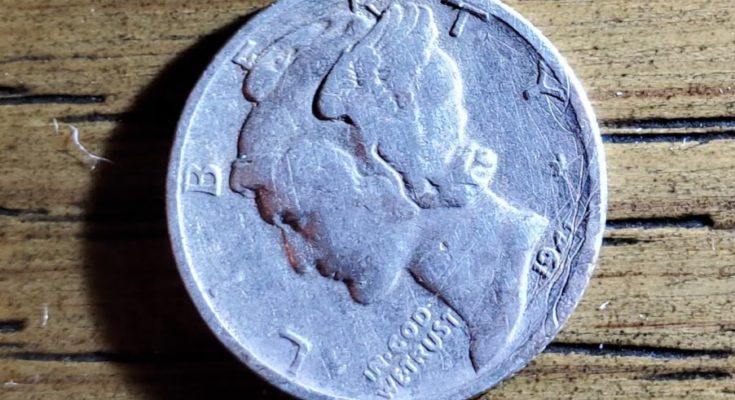 More rainy weather was on the way, but I knew that I had a few hours to enjoy before the rain arrived. I decided to load up the motorbike with my metal detector and head out into the woods again. I targeted an area that I’ve hunted in many times before – a mid 1800s home site about a half mile from my backyard.

It always feels good to ride the sidecar bike onto the trails. It goes just about anywhere. After finding only aluminum can pieces and some unidentifiable iron bits, I moved a bit further up the trail. My first signal at the second site turned out to be a 1941 Mercury dime. The Mercs were minted from 1916 to 1945. These were made in large numbers, especially during the World War 2 years, and are not uncommon. This 1941 is a Philadelphia mint version. 175,090,000 dimes were minted at the Philadelphia Mint that year. These dimes had a 90% silver content, so they tend to come out of the ground in good condition.

I’m still looking for an 1800s coin in those woods, but a Mercury Dime is a fun find too.