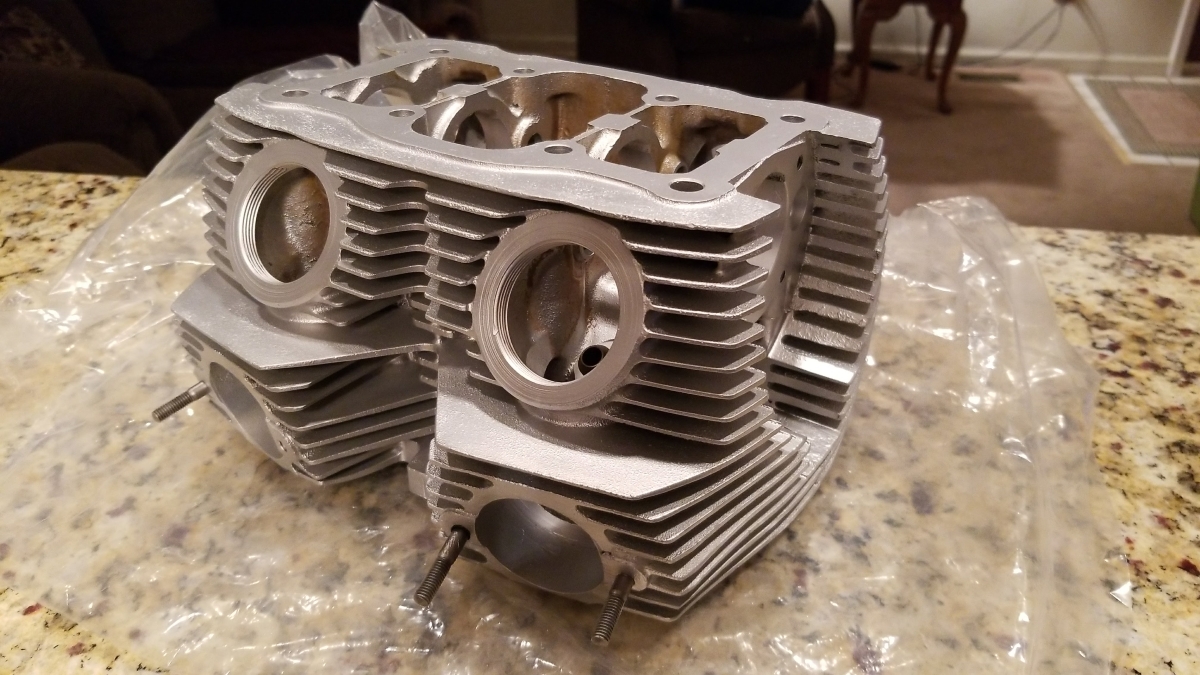 On Sunday, January 28, I picked up the parts from Scott, the man who performs a Vapor Honing (blasting) service in Grand Rapids, MI.
I couldn’t be happier with the results.  Vapor Honing, sometimes called vapor blasting, is a process where a water-based slurry of microscopic glass beads is blasted against a part under high pressure.  The glass bead media is so small that it looks like baking flour.  The process removes oxidation and contaminants, but removes no metal, unlike dry media blasting such as sand or soda blasting.  Vapor Honing also “seals” the surface, so fingerprints or grease wipe right off.

The results are incredible, and my parts look as good as when they were first cast over 50 years ago.  It will be like building an engine from new parts.  Vapor Honing has gained favor in the automotive and motorcycle restoration business, in addition to firearms restoration.  The results speak for themselves.